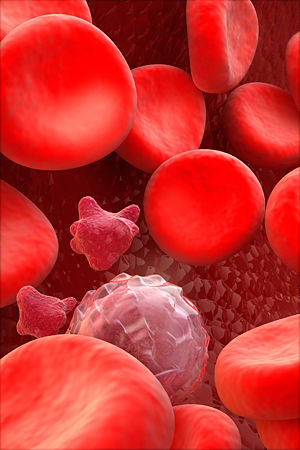 Seattle Mariners pitcher Cliff Lee used it for an abdominal strain. Denver Nuggets power forward Kenyon Martin used it on a strained left knee. Last year, Tiger Woods had injections of it in his left knee before four majors and Pittsburgh Steelers Troy Polamalu and Hines Ward used it to treat a strained calf and a sprained knee ligament before the team’s Super Bowl win.

The treatment, known as platelet-rich plasma, or PRP, is one of a growing number of therapies that enhance the body’s ability to heal itself. A physician extracts about one to two ounces of blood from the patient’s vein and spins it in a centrifuge to separate out the platelets, the part of the blood that secretes growth factors to promote clotting and healing. The doctor injects that platelet-rich plasma back into the patient at the site of injury, where it spurs the repair of injured tissue. Most patients experience relief within several weeks.

PRP, which has been used in dentistry since the 1970s, has caught on only recently for treatment of orthopedic injuries—and on patients outside professional sports, too. It’s sometimes used in conjunction with surgery, but most often by itself, and can sometimes eliminate the need for surgery. While it sounds like science fiction, it is legal for professional athletes to use—since it isn’t injecting foreign or banned substance into the body.

Studies presented this month at the annual meeting of the American Academy of Orthopaedic Surgeons found that PRP was effective at treating chronic tennis elbow, severe Achilles tendonitis and osteoarthritis of the knee.

Some experts, though, say more research is needed to determine what kinds of injuries PRP is best suited for and whether it’s better than standard therapies.

In the meantime, word is spreading about the therapy. PRP allowed Janie Frieman to return to playing tennis several times a week in Scarsdale, N.Y., after tearing a tendon in her forearm, and let Heather Hathaway get back to running her dog-boarding business in Brighton, Colo., after suffering for years with chondromalacia, a painful condition of knee cartilage.

“I was in so much pain that I hadn’t slept for more than 45 minutes at a time for nearly a year,” says Ms. Hathaway. “It’s remarkable how much better I feel.”

“Where it’s been kind of a godsend is in tissues that traditionally don’t do a good job of healing by themselves—like tendons, ligaments and cartilage,” says David Karli, a physical medicine and rehabilitation specialist at Steadman Clinic in Vail, Colo., who has treated more than 1,500 patients, including Ms. Hathaway, with PRP.

It’s also used to treat plantar fasciitis, an inflammation of the bottom of the foot, and muscle injuries. “I’ve used it for hamstring sprains, calf strains, oblique strains and found that it really helps decrease the healing time,” says E. Edward Khalfayan, an orthopedic surgeon who is the team doctor for the Seattle Seahawks and Seattle Mariners. Ankle sprains, he notes, can typically keep a player sidelined for six to eight weeks. But with PRP, he says, “I’ve had players come back after two to three weeks.”

Heart surgeons use PRP to strengthen tissues in bypass operations and some plastic surgeons and dermatologists use it as an alternative to facial fillers.

As useful as it sounds, some doctors caution that PRP’s popularity has gotten ahead of scientific evidence. Research is still going on to determine not only what conditions it works best for, but also what concentrations of platelets are most effective, how many injections are most useful and at what intervals. “I get asked about this all the time—people have to be patient while we generate the data,” says Rocco Monto, a orthopedic surgeon with offices in Nantucket and Martha’s Vineyard, Mass.

While more research is necessary, doctors are increasingly using PRP for a wide range of problems:

• Has been used to treat plantar fasciitis, an inflammation of the bottom of the foot, as well as muscle injuries, such as hamstring sprains, calf strains and oblique strains.

• Heart surgeons use PRP to strengthen tissues in bypass operations, and some plastic surgeons and dermatologists use it as an alternative to facial fillers.

There have been few randomized controlled trials to date, and not all the results have been positive. One study presented at the orthopaedic surgeons conference found that one form of PRP was not effective when used to support tissue during rotator-cuff surgery. And an article in the Journal of the American Medical Association in January found that saltwater was just as effective as PRP for repairing mildly injured Achilles tendons in patients who had symptoms for at least two months.

But in a study of patients with more severe Achilles tendon problems who had failed other treatments, Dr. Monto found that 28 of them recovered well using PRP and needed no further treatment.

Indeed, some doctors believe that patients should try other, conservative approaches before PRP, since many injuries heal on their own.

“I would not start out using PRP—unless you’ve tried other treatments such as anti-inflammatories or physical therapy,” says Brian Halpern, a specialist in non-surgical sports medicine at the Hospital for Special Surgery in New York City who says he has used it patients for two years with excellent results.
PRP has made doctors rethink the role of inflammation, which it increases temporarily in the affected tissues. For years, doctors have tried to reduce inflammation with anti-inflammatory medication, thinking it was the source of pain. “But rather than silence it, we want to harness the power of inflammation,” says Dr. Monto. “By allowing the body to go through its natural healing arc, we can relieve pain by getting rid of the problem.” To that end, patients need to avoid taking anti-inflammatories for several weeks after a PRP treatment, since they can counteract the healing process.

There are very few downsides to PRP, but one of them is pain—mainly because it involves injecting fluid into tissues that normally don’t have much of it. Many doctors numb the site before the injection and give patients pain medication for 12 to 48 hours.

“I was in agony for awhile afterwards,” says Michelle Pieffer, a 54-year old nurse from Bel Air, Md. She had such severe degenerative pain in both Achilles tendons that she could barely walk before she learned about PRP and traveled to Vail to be treated by Dr. Karli last April. “But by August, both of my tendons had completely regenerated,” she says. “Now I have no pain. I work out. I even wear high heels. It’s changed my life in a very profound way.”

Patients do need to rest for a few days or weeks after the treatment to not push the injected tissue too quickly. “I follow patients at one week, four weeks, eight weeks and six months,” says Dr. Halpern.
But there have been very few reports of problems. “The great thing about PRP is that you are using your own tissue. People do not have adverse reactions to their own tissue,” says Dr. Halpern.

PRP has not required Food and Drug Administration approval, since it involves only minimal manipulation of a patient’s own tissue, although the FDA does regulate the blood-separation equipment. And unlike human growth hormone, PRP is not banned by U.S. pro sports organizations.

The Canadian doctor, Anthony Galea, who treated Tiger Woods’s left knee with PRP four times last year is under investigation for allegedly dispensing HGH and practicing medicine in Florida without a license. The PRP is not illegal.

Costs for PRP injections range from about $500 to $1,000 per treatment, and the costs are typically not covered by insurance, since it is still considered experimental. But doctors who use it expect the costs to come down and insurance coverage to rise as more studies are completed.