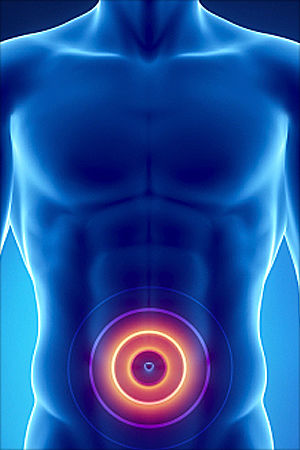 Did you know that when I started practicing medicine about 20 years ago, Crohn’s Disease was considered a rare disease? Today it’s a rather common diagnosis. In fact, over a half million Americans have Crohn’s disease, an inflammatory bowel disorder. Crohn’s can cause inflammation throughout the digestive tract from the mouth to the rectum. It is very painful, causes weakness, and many times results in hospitalization and life-threatening side effects.

Crohn’s disease and ulcerative colitis are often mistaken for the same condition. Both cause inflammation of the lining of the digestive tract. Crohn’s disease can spread deep into the layers of the area affected, while ulcerative colitis usually only affects the innermost lining of the large intestine and rectum. Crohn’s, ulcerative colitis, and irritable bowel have similar symptoms and are caused by an overactive immune system. Signs and symptoms of Crohn’s disease may be mild to severe, developing gradually or may come on suddenly without warning. Symptoms may include: diarrhea, abdominal pain, cramping, constipation, blood in the stool (either bright red or dark red), ulcerations in the intestine, loss of appetite, weight loss, sometimes fever and fatigue, as well as infections outside the digestive tract, such as skin disorders, liver problems, inflammation in the eyes, and arthritis.

Ulcerative colitis occurs uniformly throughout an affected area, usually the large intestine or rectum. Crohn’s disease may begin in several places at one time with healthy tissue in between diseased areas. In advanced cases, large ulcers eat deep into the mucosal wall of the area affected by the disease. Stress and/or diet may be causes or aggravating factors of Crohn’s disease.

Traditionally, physicians have prescribed steroids and some aspirin-like compounds for their Crohn’s patients. Besides suppressing the immune system, steroids reduce the inflammation. The goal is to open up the bowel and ultimately prevent surgery. However, the long-term use of these medications can cause serious and toxic side effects. Recently, a new class of drugs, was added to the physician’s arsenal: the immune modulators. These drugs stop the body’s ability to react to the disease. You may have heard of some of them: Enbrel, Remicade and Humira.

A family I know has 4 of its members diagnosed with Crohn’s. (This was unheard of when the first family member was diagnosed 40 years ago!) It’s interesting that each family member has chosen to treat their Crohn’s differently and it has been fascinating to watch how the disease has progressed in each of these individuals. Family Member One followed the typical medical model protocol with the aspirin-like drugs, steroids and Remicade. The patient states that Remicade has taken a lot of his pain and other symptoms away. However, the down side to this wonder drug (an immune modulator) is that it compromises the body\’92s immune response and the patient has had to deal with a lot of pneumonias as well as a number of cancers. Family Member Two was very leery of drugs and their side effects. He chose to do a delayed allergy test so he would know which foods to stay away from so as not to set off his Crohn’s Disease. He did juicing and a number of other so-called alternative treatments and has been essentially symptom-free for years without pneumonia or cancerous side effects. Family Member Three knows that if he does not eat certain foods, he has almost no symptoms but finds it tough to say \’93no\’94 to certain foods. He chose to take Remicade, or a similar type of drug, as it’s easier to take a drug and not have to worry about the foods that could trigger a flare up of Crohn’s. Besides eating carefully, Family Member Four has been getting ozone treatment for his Crohn’s Disease and has had a remarkable turn around. The use of Ozone is a German treatment that causes an increase in the oxygenation of the bowel which, according to German studies, helps stop pathological infection in the bowel. Ozone helps the body’s immune system to not over react but to modulate the inflammation response in the GI tract.

Crohn’s disease is a chronic inflammatory state that can be brought on by stress, environmental toxins and food allergies. As illustrated by the case study, there also appears to be a genetic factor. It’s hard to control any of the contributing factors, but it’s good to know that patients have choices when it comes to their Crohn’s treatment. Instead of prescribing aggressive drugs (more toxins) to suppress the immune system to relieve the inflammatory response, try viable, less aggressive alternative medical therapies. Find out what foods trigger your Crohn’s, fortify your body with healthy nutritional protocols and allow the body to repair itself naturally at the cellular level.