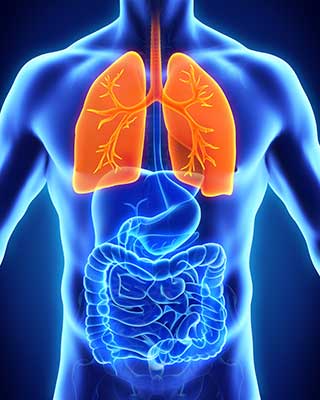 There’s more than one way to skin a cat. This rather grim adage can be applied to the treatment of chronic diseases. Part of my passion for medicine is finding new and better ways to treat diseases that far too often are allowed to run their course, with doctors in effect only slowing the progression to death.

One of these slow killers is Chronic Obstructive Pulmonary Disease (COPD) or Emphysema. The standard treatment is to start the patient off on a bronchial dilator like Proventol or Singulair. As the disease progresses, the next stage of treatment is the use of anti-inflammatory medications, such as a steroid. The next phase calls for oxygen. When all of this no longer helps the patient, the final stage of the disease is preparation for death. Your doctor will counsel you on end of life issues and call in hospice.

I hated treating COPD. The standard course of treatment was what I placed my patients on, and despite all my efforts, all I was doing was just slowing down the inevitable. That was until I dared to look at some alternative treatments. I discovered that natural treatments have a great advantage over drug treatments: the body doesn’t build up the same kind of resistance. Based on good scientific and biochemical evidence, I placed my patients on high doses of vitamin C. Vitamin C acts like a steroid, or a membrane stabilizer, without any of the bad side effects of actual steroids. Besides the IV transfusions (the advantage of IV infusions is that patients do not have to worry about diarrhea), I also had patients take vitamin C orally (5 to 10grams or according to bowel tolerance). Vitamin C use has added advantages: Patients don’t have to worry about some of the other side effects of steroid use such as the increase in blood sugar and the weakening of the immune system, and with continued use over a long period, possible osteoporosis.

The next part of my treatment is the use of iodine. Iodine makes the mucus in the lungs very thin. Thin mucus doesn’t allow for mucus plugging in the lungs. Mucus plugging blocks off bronchial tubes so part of the lung cannot be used. I also use Omega 3 emulsified in a protein to allow more oxygen to diffuse blood. Oxygenation takes place at the capillary alveolar membrane deep inside the lung where the blood brings carbon dioxide back to the lung to be exhaled, and distributes oxygen to the rest of the body.

My severe respiratory patients get an IV of magnesium for about 6 weeks. This opens up even the most resistant of bronchial tubes. Using a special pump, a long IV cough and pik line delivers the magnesium for 24 hours a day for 6weeks. This continuous treatment causes minimal interference with the patient’s lifestyle.

I have also found that home nebulizing treatments of vitamin C, magnesium, and Glutathione are very effective in patients who have become resistant to the traditional nebulizer respiratory treatments. Patients find that with this treatment they recover faster and the effects last longer. An added bonus is that patients find that they have an improved lifestyle. Most of my oxygen-dependent patients are able to wean themselves off oxygen for a number of hours a day, allowing them to get back some of the life the disease and the standard treatment had taken from them.

Dare to question the status quo. You may be pleasantly surprised by the answers you find!