All About Chelation Therapy 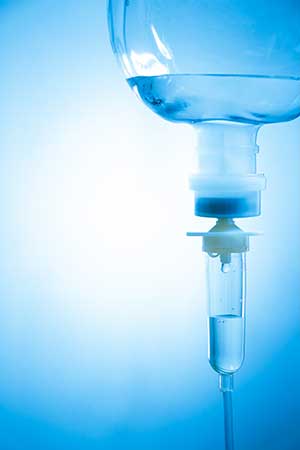 Important scientific discoveries often occur coincidentally. The history behind the development of chelation therapy certainly confirms this fact. In the thirties, EDTA, the active component in chelation therapy, was discovered by a German, Munz. He had been searching for a substance, which could soften hard water, and it appeared EDTA was highly effective in doing so. But EDTA had the capacity to do much more. The substance happened to have a strong affinity for (toxic) heavy metals such as lead, mercury, and cadmium, and actually binds with them.

For this reason, EDTA was initially used in treating acute lead intoxication. Lead, an extremely toxic substance to human body, was bound to EDTA injected into the blood stream and thus simply removed from the body during urination. With EDTA, however, fate became the mother of invention.

Patients suffering from cardiovascular disease, who where being treated with EDTA for acute lead intoxication, noticed improved stress tolerance and less chest pain upon exertion. They were also able to walk longer distances. Surprisingly, chelation therapy appeared to have produced an unexpected healing effect for their cardiovascular problems.

This finding led to further investigation. It was Norman Clarke, who, in 1956, published an article in The American Journal of Medical Science, claiming the successful treatment of patients with severe angina pectoris (chest pain caused by narrowing of the coronary arteries) through the use of EDTA. In 1960, well-known cardiologists Kitchell and Meltzer reported that chelation therapy caused both objective and subjective improvement in 9 out of 10 patients suffering from angina.

All in all, these results have led to in increased interest in the effectiveness of chelation therapy. There are more than 10 million treatments administered to date are proof of this effectiveness.

EDTA Influences Blood Coagulation
EDTA has a positive effect on blood platelets (thrombocytes). These play an important role in cardiovascular and other arterial disease. Generally, brain a myocardialinfarctions occur because clots (which are largely made up of platelets) close off a vessel.

Does EDTA Have Side Effects?

Because of the favorable effects of chelation therapy on free radicals, heavy metals and calcium deposits, degenerative processes (arthritis, general “wear-and-tear) of the body will be slowed down. Not only will the body’s blood vessels be kept in good condition, but also the entire body benefits from regular EDTA infusions. Research in laboratory animals show a clear increase in life expectancy through EDTA. In humans, increase in life expectancy is estimated at 8 – 17 years in men and 6 – 16 years in women (an average of 12 years). Life extension in an by itself would not make sense if the quality of life were not equally affected in a positive fashion. Chelation therapy clearly has this effect as well.

What About the Scientific Proof?

When Is Chelation Therapy Needed?

Angina Pectoris:
Chest pain as a consequence of lack of oxygen of the heart muscle. This pain generally occurs upon exertion, in cold weather, emotional states or upon eating copious meals, but sometimes also when in a resting state and at night.

Prevention of bypass surgery or balloon angioplasty:
Large American and European studies show that only a small percentage of patients undergoing such procedures will experience long term effects, as compared to patients treated with medication only.

Narrowing of cerebral blood vessels These can manifest themselves in the following ways:

Cerebral infarction:
Die-off of brain tissue as a consequence of blockage of a blood vessel by clot build-up onto an already narrowed segment (thrombosis), or blockage caused by a loosely circulating clot which became lodged (embolism).

TIA (Transient Ischaemic Attaque)
Temporary lack of oxygen of the brain, which caused completely reserves itself within 24 hours (such as transient speech difficulties, transient paralysis, transient blindness in one eye, etc.).

The majority of patients experience an increase in energy and vitality as a consequence of chelation therapy.