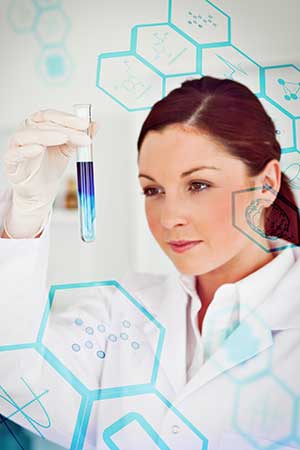 One of the advantages of being in practice for many years, is the accumulation of nuggets of wisdom. I call these “Youngisms”. Here is the Youngism for today: if a patient has had every medical test and seen countless medical specialists, and all their tests and evaluations come up “negative” – chances are, the answer to their condition lies in delayed allergies.

According to Harrison’s Textbook of Medicine, there are 4 types of allergic reactions. Type 1: any reaction occurring in an hour or less. For example, eating a strawberry and breaking out in a rash within 30 minutes. This is the easiest type of allergic reaction to identify and allergists often use a pricking method to determine a patient’s almost immediate reaction to a multitude of foods and environmental triggers. It is more difficult to determine delayed allergies, yet it is by doing so that many of my patients are helped.

She was a young bride with chronic abdominal pain. She had had several surgeries for her condition, but without relief. She had seen experts throughout the world but none could find the source of her pain. When she showed up in my office, I suspected she fell into today’s Youngism: after all those “negative” tests and evaluations, the answer may just lie in delayed allergies. I ordered her blood test and a few weeks later her results were in. It identified a number of foods that were causing a delayed reaction of hours to days in her GI tract. She followed her new diet and within days she started feeling better. Pain relief after almost 10 years of suffering!

Another patient came in complaining of chronic headaches. The pattern appeared to be after eating out. I suggested she stop gluten. She did but the headaches persisted. So I ordered a delayed allergy test. She was not allergic to gluten, but highly allergic to beef, dairy and Xanthum Gum, a thickener used in salad dressings, drinks, and many other products. She removed these foods from her diet for 6 months, reset her immune system, and was able to reintroduce these foods back into her diet without side effects.

I suffered from a chronic cough. Every year, I would be coughing from November to April. Every time I would try to talk, I first had to get around this irritating cough. Patients would look somewhat alarmed as their doctor coughed his way through their consultation. I did a delayed allergy test, and found out that I had a Type 3 allergy to a pesticide outlawed in the US but used on produce overseas. When was I eating fruit imported from overseas? November to April! The diagnosis was further confirmed after taking a trip to South Africa. After about 3 weeks of enjoying all that South African produce, that cough set in.

Doctors do not often look for delayed allergies. It may be that Type 1 is easy to identify and to treat with medication and that Type 2, 3 and 4 requires more work on the part of the patient. But if you’re experiencing any of the following symptoms and have had no relief through conventional methods, you may want to consider delayed allergies: abdominal pain, fatigue, constipation, inability to lose weight, cough, rashes, and headaches.